"Extremely Entertaining. But is it real? "

The story of the "Impossible" Hypnotic Bar

That’s the only way to describe the reaction of the crowd filling New York’s famous National Arts Club Ballroom. People gasped, they laughed and they got up on their feet to watch the volunteers onstage look intoxicated, apparently high and seemingly blitzed. After failing a mock sobriety test, one woman even crawled back to her seat laughing and gurgling. It looked like something out of the high days of the great stage hypnotists

Plus, it was extremely entertaining. But was it real?

The Hypnotic Bar stakes an outrageous claim: That all the experiences of drug and and alcohol highs can be recreated in hypnotic trances, a “hypnotic high” so to speak. At the Hypnotic Bar show, the members of the audience found susceptible to hypnotism are brought on stage. They are served only water served only yet they seem to get more and more twisted.

Stranger still, they can be made to experience some of the most delightful aspects of our favorite psychoactives - and the invention of new ones with suggestions from the audience. Not all fun and games, some of the demonstrations are inspiring like one where the participants are told to feel an overwhelming and intoxicating love that only doubles with every snap of the finger. Or that the air they are inhaling is causing them to melt into the floor?

Albert Nerenberg, the film director of Laughology, international laughter expert and the hypnotist behind the idea says he believes Hypnotic Bars could replace real ones.

“There’s no hangover, no side effects you come out feeling healthy and refreshed,” he told Psymposia. “And there’s a much broader range of experiences available.”

To find out more, Psymposia’s Lex Pelger sat down with Albert Nerenberg for an interview.

Lex: So I was there and it was hard to believe how deep in people were. Is this some kind of trick? Is it all the way real?

It’s not fake at all. Nor is a trick in any way. I’ve done this in 3 different cities about 12 different times and no one has been able to prove it’s fake. I assure you it’s real. I like that people find it unbelievable but I would actually prefer that people believe it’s possible. That is actually far more interesting.

Lex: How did the idea of the Hypnotic Bar come about?

I have had a number of friends die of drug overdose. Smart, beautiful people. I came across the statistic that says more people are dying now of drug overdoses than at any other time in human history. As a hypnotist I was already exploring altered states and I had a hunch it might be possible to create virtually any altered state using deep hypnotic trance.The point would be to prove that it’s all in the mind anyway, so why risk killing or ruining yourself with drugs and booze?

I was giving a workshop where I mentioned i could make someone high with hypnosis. Naturally someone asked me to prove it. I hypnotized some of the attendees and put them on cocaine, pot, beer and even ecstasy. I interviewed them afterwards and asked them if it felt real. And each of them said yes. Quite real. Then my head exploded.

Lex: How did you get to the Hypnotic Bar?

Of course after that the obvious question is can you hypnotize someone to be drunk.

And yes. I was able to do the same thing with alcohol, although I consider hypnotic alcohol one of the tougher ones. But that’s where the Hypnotic Bar idea came about. What if you could replace the alcoholic bar with trance? I have a friend who owns a popular bar in Toronto, The Monarch, famous for it’s Bourbon. I asked him if he would let me put on a show for a few hours. Basically, we had a fake bartender serving fake shots. Then I hypnotized a section of the crowd and we saw them get drunker and drunker. They couldn’t pass sobriety tests… touch their own noses etc.. And they had the time of their lives, laughing and carrying on. 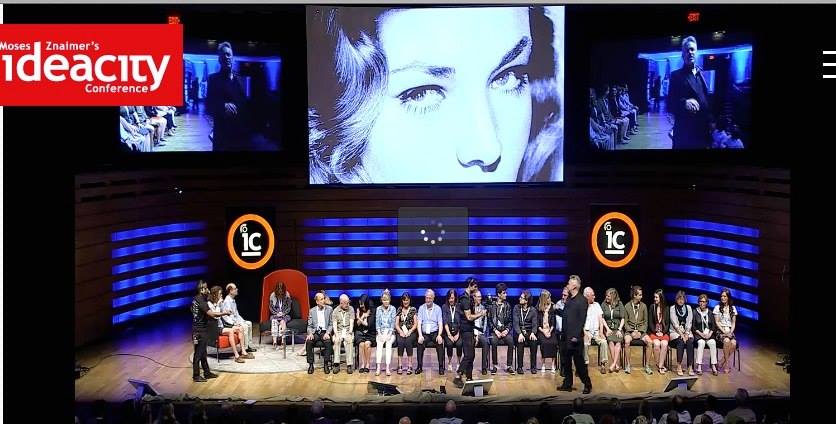 And I realized this was a show. Bring people to a bar. hypnotize a section of the crowd and have the rest watch them get drunk and do impossible things. Hypnotic trances already do part of what alcohol does. They cause people to lose inhibition, feel relaxed, feel more playful and all the ingredients of a good party. And the difference is unlike alcohol, they came out of the experience ahead. Deep trance is a recuperative state, so people often come out of it feeling refreshed and energized, even healed.

Lex: When you say “healed” what do you mean?

This is a whole other topic. But research on sleep shows there may be only two true recuperative states, where we actually heal. One is a deep dreamless sleep. The other is the REM state when people are obviously dreaming. Deep hypnotic trance is very similar to the sleeping REM state. So if people spend an hour in a hypnotic trance, they feel distinctly refreshed and clear. I’m guessing that in that state, wounds might heal as well. It’s an area that requires investigation but it’s a simple explanation for why hypnotherapy often works.

Lex: How are people getting drunk or high without actual drugs or alcohol?

I believe the states are real, produced by the natural pharmacology of the hypnotized mind. Hypnotic states can be very powerful. Famously, there’s a hypnotic trance, The Esdaile State, where you can perform surgery while the person is fully awake. Amputations even. That’s some serious natural painkilling. So yes. I think we trigger pharmacology inside the brain that is similar to the drug. The difference is the process is much leaner, and obviously entirely natural.

Lex: Are you the only one I can do this?

I hope not. Otherwise I may disappear. That’s why I’m doing this interview. I’m hoping to train others to this too. There’s an old hypnotists parlour trick where you can make people drunk under hypnosis. Other hypnotists do that. What I did was elaborate it into broader altered states. I do find it amazing that the BBC just sent someone to look far and wide to find naturally produced altered states. His conclusion was that most natural altered states are disappointing, and the one time he achieved one, it was unpleasant. He obviously hasn’t visited the Hypnotic Bar. It is generally very pleasant.

I think almost any altered state is achievable with deep trance hypnosis. In fact you may able to create very useful highs. Feelings of powerful self-acceptance, insight or inspiration or memory recall. I’m currently working with Psymposia to explore Psychedelic states achieved through hypnosis.

Lex: Can anyone experience this?

That’s a good question. It requires a particular deep trance state. That’s the hard part and that’s why I’m not sure you should try this at home. Right now I can put about 20 per cent of a crowd into deep trance. Some people just take more time to get in deep. There’s not usually time to do more in a live show. That said, I think if I have time it can work on as much as 50 per cent of people. So right now it’s true I can’t do this on everyone

But eventually there might be a way to sort that out.

Lex: Are they just remembering a drug or alcohol memory.

You can suggest to someone that they’re drunk. They’ll experience where they felt drunk. They get a subtle feeling of that. But that’s NOT what this is. At the Hypnotic Bar, the full state is triggered. They can’t walk straight, they slur their words. But then they can become instantly sober at the snap of the fingers.

Lex: Do you have to have tried the drug before to have the experience at the Hypnotic Bar?

At the beginning I would have said yes. But with what I’ve seen, now I think you can experience something you’ve never tried before. The proof is in the invented drugs. I recently had a group experience with a drug suggested by the audience called ‘Melt-Bubbling’ - a lime flavoured melting Heat which makes you smile and laugh. Or

‘WOW!’ - a drug which takes you deep into the very feeling of WOWness!

I’m not sure where you would get that experience in real life. So I think as long as you’re in the right trance, you’ll experience it.

Lex: What about risks?

Done properly I don’t believe there are serious risks. In Stage Hypnosis you do have to worry about people falling over and hurting themselves. But I don’t believe the hypnosis itself is dangerous. I think the actual highs are produced very subtly in terms of biochemistry. I’m careful not to go to extremes and I always wake people up if they become distressed or overly confused. The safety angle is funny. I have had bar owners ask about safety issues while they serve booze, a product that turns people into maniacs when they drive and kills someone every 10 seconds.

Ultimately this whole thing is about the pursuit of safety. This could be a safe way to have virtually limitless self-exploration.

That’s a good question. I’m not sure. One reason is that consensus reality is surprisingly rigid. Another is that hypnosis has gotten a lot better lately, weirdly enough because of Youtube. People exchanging skills has raised the game.

There are a lot of great hypnotists out there. But they’re more interested in dazzling you or outdoing each other. In my case, I think it took a peculiar mix of skills. Part of the secret of this is behaviour. All Altered States have an outward behaviour that goes with it. You can get to that state by reverse engineering the behaviour. Then using deep trance you can turn it up.

I have a background in theatre and film and so was trained in producing exact states in actors. Weirdly that applies to altered states.

[Nerenberg is currently working on a TV documentary about how acted behaviour changes you called You Are What You Act.]

Every drug, alcohol, cocaine, ecstasy, even LSD has an acted behaviour. You can work your way back to the states, via the behaviour. In hypnosis, once you have something, it’s easy to turn something up. Way up. And now you’re high.

There I just gave the whole thing away.

Lex: So there’s the secret?

Yes. In a sense. You still have to have the person in deep trance first. And there’s a bit more to it, but that’s essentially it. I’d like to see more hypnotic bars. I don’t own the unfathomable potential of the human mind. I’m tired of living in a world run by angry drunk men. I seriously see the Hypnotic Bar as a social step forward. As Jason Silva suggests, the reason we haven’t met aliens yet is because truly advanced life forms wouldn’t be obsessed with exploring distant rocks, they would go inwards. This is partly about going in. There’s a whole unexplored universe in there.

Indeed. At the Hypnotic Bar we can create drug states. But we can also create states that don’t yet exist. That’s where things can get really wild.

Lex: Boldly go where no one has gone before?

Yes. From the comfort of your chair, with all your friends.

The Hypnotic Bar will be at Alchemist’s Kitchen in New York March 31st.

And the Hell Phone in Brooklyn April 2nd.

MiniDoc on The Hypnotic Bar:

Can you hypnotize yourself? Try this new induction:

Does it hurt when you sleep?

Can you really be hypnotized over Skype?